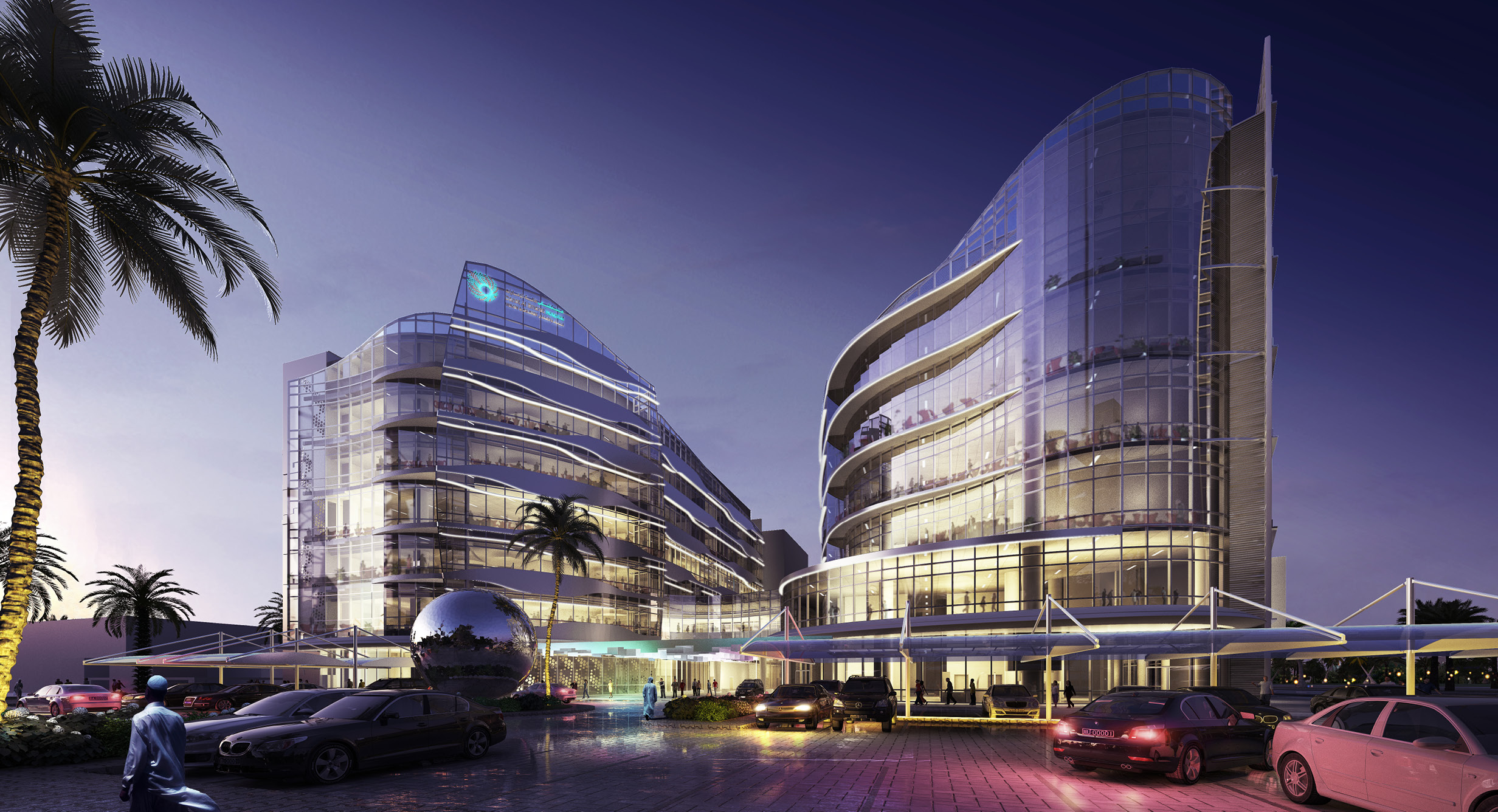 The success of the HKS-designed world-class Phase I portion of the women and children’s hospital, with its elegant look and premium amenities, has led to dramatically increased patient volumes. Managers at DAE again called on HKS to design an additional hospital tower that would increase the hospital’s capacity and expand its medical services while maintaining its acclaimed luxury environment.

The new, six-story South Tower will add 72 new beds, bringing the hospital’s overall total to 225. This expansion, with hospitality inspired inpatient rooms will include LDRs, Post-Partum and Pediatric Rooms.  A high-tech operating theater and a maternity assessment unit are incorporated into the LDR unit, to provide a seamless care environment. Outpatient Clinics are incorporated in the expansion, with the addition of 33 Women’s and Pediatric Consult Rooms, so that follow up and return visits are convenient for families, staff and patients. The new phase will also feature a larger pharmacy, as well as renovations and expansion to the existing North Tower NICU, SCBU and HDU. This will increase premature baby care to 34 infants. As in the North Tower, the new South Tower rooms will have enlarged spaces to comfortably accommodate patients’ families and supporters.

In addition to the patient rooms, the ground level of the new tower will feature the outpatient pharmacy with a visible street presence as well as an interior lobby entrance. The ground level will also have multi-purpose rooms, a retail bakery and café and a male and female prayer room.

On Level 1, a bridge connecting the North and South Towers will have split traffic flow, with one side for patients and staff and the other side for the public.

In addition to increasing its profile as a health facility jewel in that region of the world, the expansion and renovation of DAE will mean the addition of more than 500 employees, including 100 doctors and 200 nurses.