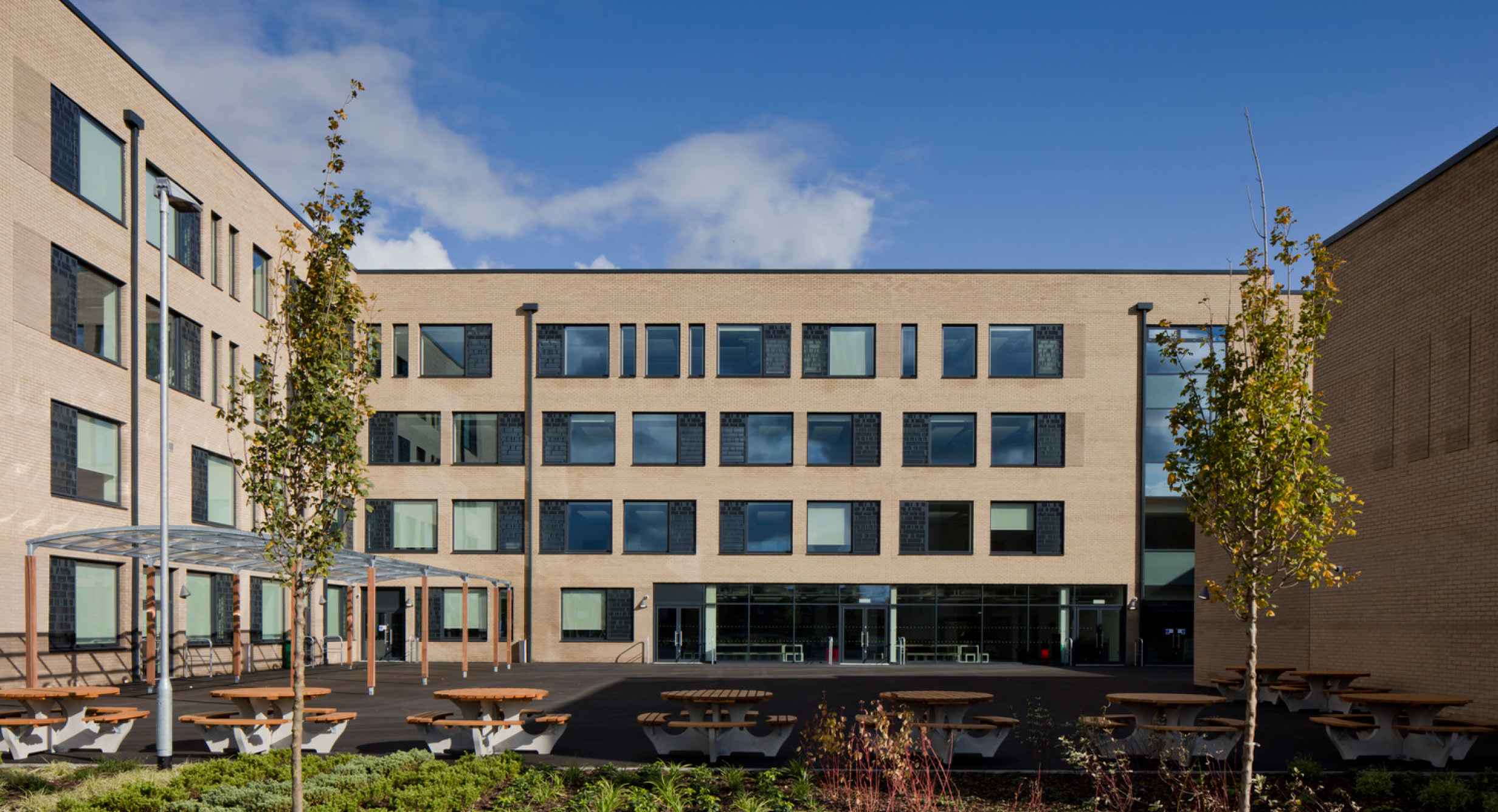 Named after the 19th century mathematician and first “computer programmer,” the school has a strong focus on science and technology and is proud of their name-sake as a role model for women in STEM.

The scheme is located on a small and sensitive site partially classed as Metropolitan Open Land with a “green corridor” along the eastern boundary near a major road creating a significant noise and pollution impact.

HKS designers faced a challenge of developing the project in a limited time frame of six weeks to reach an advanced technical stage and prepare it for submission to planning authority and a few month later, to tender. In addition to site constraints, time and cost limits — Ada Lovelace is a government-funded free school — presented additional challenges for this project.

To overcome site issues the masterplan is designed to protect the most actively used hard play areas from the pollution source creating its own healthy ‘microclimate’ whilst internally the building is mechanical ventilated.

Ada Lovelace’s punched card inspiration has driven the development and design of the façade. The idea of a digital pattern is at the base of the façade rhythm. To reflect the mature approach that the School takes towards education, a structured and traditional approach has been taken in the articulation of the facades. The regular horizontal rhythm of the classroom windows is emphasized by featured bricks that break the façade and create a pattern along the elevations.

The Sports Hall and Main Hall facades on the south and west are broken up by green walls which are conceived as ‘garden walls’; plant can grow along the façade and recreate a greener façade that blends into the surrounding environment.

The bar code concept, as modern interpretation of the punched card, is used within the interior design strategy and tell stories around how codes have impacted our lives over the last two centuries. The scheme was developed in close consultation with the school and responds to the pedagogical requirements of the technical STEM curriculum.

Also, our design team focused on developing the perfect school for the school’s Trust but within the budget limitations, as well as providing cost-efficient solutions to meet London’s sustainability guidelines.

The project seeks to maximise the site area within a safe and welcoming ‘safeguarded zone’ and encourage student ownership. The high levels of road noise have been attenuated and an environmental strategy has been developed and modelled to address the road pollution. The site, which was unused, unsafe and contaminated, will be renewed and the area will earn a new communal and educational facility.

Ada Lovelace CofE High School will be a comprehensive school for pupils from 11 to 18 years old, and have a total of 1330 students when full (from academic year 2024-2025). The school will specialise in digital technology and provide different routes from Year 7 in ICT and Computer Science as well as applications of Creative Media.

This school will create new needed school places for the children in the area while also serving as a new local community hub that could host performances and conferences.